Where is Ohanaeze indigbo? Part two!

What is the best way forward? 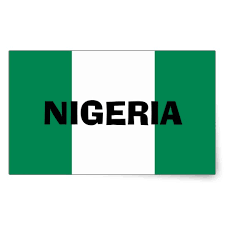 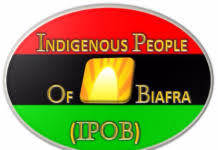 Like a flash in 2017, a group by the name Ohanaeze indigbo emerged to counter the heightened demand to secede by a secessionist group named IPOB. The group which is Led by Nnamdi Kanu, a UK educated Nigerian. Like many Nigerians in diaspora he was sick and fed up of the lack of development in the southeast and the whole Nigeria project that have not worked for over 57 years. The difference is that he unlike the rest decided to do something about it. He took the initiative of educating his people and as soon as they realised what was at stake, a huge number joined him in the campaign and that rattled the entire political class in that region and they felt threatened. Those that are beneficiaries of the status quo that he fought against also rose against the movement due to selfish interests!

The Ohanaeze indigbo came up with a counter argument that secession was not in the best interests of Ndi Igbo. They were of the view that restructuring Nigeria was a better solution to give all ethnic groups a sense of belonging in the project Nigeria setting. As the secessionist group was gathering momentum by day and more people were buying into the secessionist ideology the Ohanaeze indigbo as they like to be known, continued to claim that they would deliver restructuring which will ultimately accord regional autonomy to most ethnic nationals and allow them to control their resources and develop at their own pace as opposed to being dragged back by those that are making less progress, especially the north.

On the other hand, the secessionist group continued to demand for a date from the federal government to conduct a referendum in the south east region to ascertain if the people of the south east still wanted to remain in the failed project Nigeria. ‘They were so convinced that the outcome would be in their favour as they continued to grow in numbers. The governors of the 5 south eastern states, were very concerned about their political careers as the secessionist group was growing by day and more people had no further regard for the politicians and their government.

They the governors and the Ohanaeze indigbo meet many times as their positions were threatened by the then current events and the ongoing demand by the IPOB to secede from what they described as “forced union” which was not in the interest of the Igbo’s. As they continued their demand, those in the north and southwest were very concerned about the possible breakup of the country. In the southwest the OPC used the IPOB momentum to ask that Nigeria be restructured, while in the north the AREWA group was threatening to evict the Igbo’s from the northern states because of IPOB’s demand to breakup. They even threatened to seize properties and kill Igbo’s if they violated the dates they have been given to quit all northern states!

These under the Nigerian constitution is treasonable offence and violates the constitution of the federation. The reason they were not arrested is not a mystery but an obvious indication that you can be in the same country, but different rules apply depending on which part of the country you are from. As a northerner you are free to do anything you like, and the law will ignore you. You can even enter peoples farm lands and dwelling places with Ak 47 kill all the dwellers and their families and the military will choose to ignore you and the police will pretend as if they are not aware. But in the eastern part of the country, if you raise your hands and sing freedom songs you are regarded as a terrorist and the soldiers are sent in to kill young people in cold blood for demanding for fairness and equal rights!

The “Ohanaeze indigbo as they were knowing kept reaffirmed their promise to deliver restructuring. Whilst that was on going, the Nigerian government which is controlled by the northern politicians and more specifically the Fulani’s were troubled at the momentous growth of IPOB and thought that this might lead to the end of their dominance and control of power in Nigeria. They then decided to use the army to invade the residence of the IPOB LEADER, killed everything that moved including a domestic dog of the family.

As it is, no one has had from the Ohanaeze Indigbo anymore, neither are they still talking about restructuring or the interest of the Igbo’s in Nigeria which is appalling. A group that claimed to be for the interest of IGBO people that have gone quiet in the mist of the suffering of the people that they claim to be representing. The state of federal infrastructures in the entire eastern states is devastatingly inexcusable. The lack of federal presence, the lack of link to the outside world and the lack of life opportunities should trouble the acclaimed Ohanaeze indigbo instead them just making themselves relevance for the sake of political appointments and other selfish interests. Their own son has been held by the army for months without trials for demanding that his people be free. But the Fulani herdsmen are killing daily and Buhari’s have forgotten about the unity of Nigeria that is none negotiable and the national redlines that was never explained to the rest of the country of what it was measured by

Since the army invaded the home of the IPOB leader killing many and taking the leader away dead or alive no one knows. The rest of the country and all those that were preaching restructuring have all gone back to their shells! The Igbo politicians are not ashamed that one of their own was treated in that way while the others are left to be free in the north. Even BOKO HARAM members are being released from prisons while their own people are killed for nothing! Isn’t it shameful that their own people are treated like second class citizens while the northerners are treated as first class citizens. Ohanaeze Indigbo, OPC and the rest of them have gone quiet on restructuring because IPOB have them selves gone quiet since the arrest of its members and the arrest of their leader.

Let us know what you think,also subscribe free for more news updates!