Should Catholic Church reconsider its position on priest marriage, to curb sexual abuse?

Following the just concluded trip of the pope to Dublin in Ireland, where he had to apologise for the abuse of children by catholic priests. Sex abuse within the catholic church has been an ongoing issue in the church. We thought that it might be high time the catholic church re- considers and change the long-standing rule of priests not getting married!

“It is good for a man to be alone, for a man that is alone thinks only of the things of God. However, the verse in the scriptures continued by also saying that but because of sexual immorality let each have his own wife”!

The pope addresses a crowd of half a million people in Dublin at the closing event of a fraught two-day trip to Ireland, which has been dominated by the issue of sexual and institutional abuse in the Catholic church. In his penitential prayer, the pope listed specific forms of abuse, including sexual crimes and forced or coerced adoptions.

The catholic church membership has continued to diminish in Ireland. According to statistics which suggests that it now stands by more than 50% and counting. Not much is heard about this abuse in the sub Saharan Africa, this is so because the infrastructure is not there to monitor the abuses and those abused have no authority to bring them complains.

Let us know what you think:

Should catholic priests be married, to curb the abuse of unsuspecting children and redeem the image of the church which is at its lowest in the western countries? 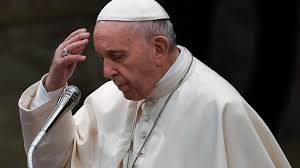